How to Purchase Your First Gun 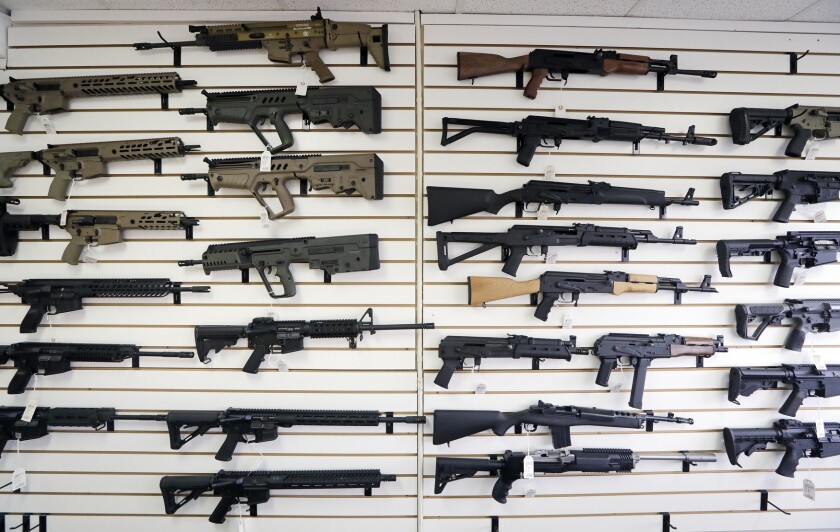 Choosing your first firearm may seem a simple task on the surface, but there is quite a bit to it. In many cases it starts as not much more than a beauty contest with a person being drawn to a “good looking” gun. While this is indeed a factor you should consider, we must remember that even with a gun, beauty is only skin deep. There are a few key points I would suggest you consider when buying your first firearm.

First thing is to decide what you are looking for in our three major categories –handguns, shotguns, and rifles. Because of their popularity we will start with handguns. The handgun market is flush with options of every size. From micro pocket pistols to Dirty Harry hand cannons. While there are countless options in the handgun market, we can break it down to the most popular three.

Striker fired guns are exceptionally reliable and easy to use. Guns such as the Glock 17 are popular and for good reason. The 9mm blaster is durable, reliable, and budget friendly.

Revolvers are still a popular gun and the Smith & Wesson 686 is one of the best for personal protection. Another good choice is the the Kimber DASA revolver, chambered in .357 mag, which can also fire .38 Special ammo for training.

Lastly, I will throw in a classic 1911. These guns have been around since, well 1911. Primarily chambered in .45ACP these classics are still considered the gold standard in accuracy and trigger pull. A good value in a reliable 1911 is the Ruger SR1911.  One of the best is the Nighthawk Counselor. Considered to be the Ferrari of the 1911 world, the Nighthawk is as beautiful as it is functional.

Next on our list are shotguns. These blasters have come a long way from the double-barreled shooters of old. Like handguns we have a few flavors to choose from. First are traditional pump shotguns. These are simple to use and exceptionally reliable. The king of the pump guns in my opinion is the Mossberg 590A1. It is a hearty shotgun that will serve a variety of needs.

The second option are semi-automatic guns or more commonly called gas guns. These operate on gas blow back and can be fired very quickly. One of the best in this category is the Benelli M4. Sleek and fast it is the go-to gun for millions of shooters.

The last category we will hit are over/under shotguns. These are primarily sport guns and literally have one barrel on top of the other. My favorite in this section is the Browning Citori. It is not only functional it is a beautiful gun as well. Shotguns are unique because they can shoot a wide variety of ammunition. These 12-gauge guns can fire bird shot, buckshot as well as slugs making them a multiple application gun. They are as at home in personal defense situations as they are hunting or on the range. Of course, it is best to choose a gun to best fit your needs. While an over/under gun can be used for self-defense in a pinch, it would be better to use a shotgun designed for home defense and vice versa.

The last section we will look at are rifles.

This topic could fill an encyclopedia, but I will endeavor to make this brief. The first rifle we will discuss is by far the most popular gun in the US, the AR-15. With an estimated 10 million AR-15 rifles in the US, it has become known as America’s rifle. Generally chambered in .223 it is a light recoil and enjoyable rifle to shoot. It is also highly customizable which only increases its popularity. One of the best is the Sig Sauer M400 Tread. This is a mid-priced rifle that has many higher end features.

Second rifle up is the bolt gun. The bolt action rifle is most commonly seen in the hunting and sniper realms. It has also become extremely popular in competitions over the last several years. A good first gun option here is the Tikka TX3 Lite. This is a great multi-purpose rifle that won’t break the bank.

The last rifle we will throw in the mix is a classic lever gun. These are commonly associated with the old west but are still being made today. They are extremely fun to shoot and accurate. While the guns have an old vibe to them, they enjoy all the benefits of modern manufacturing. These guns can be chambered in a wide variety of calibers such as 30-30 and .357. My personal choice here is the Winchester model 94. It is easy to use and extremely reliable.

Just like the other guns we have talked about here rifles can be used across a spectrum of applications. While the AR-15 can easily be used for hunting, most people keep it for personal defense. It is easy to use and brings solid stopping power to dangerous situations. Bolt rifles are mostly found in the hunting world, but like I said they are the tool of choice for snipers as well as competitors. The reason for this is accuracy. Bolt guns have the capacity to be hyper accurate in trained hands. Lever guns are most commonly seen in hunting applications as well. They have been used to harvest big game for decades and with modern manufacturing they become an even better option.

Choosing your first firearm is an exciting moment. Making your way through countless options can be overwhelming, but by taking a few minutes to consider what you are really looking for, it will make the process a little easier.

One thought on “How to Purchase Your First Gun”